The largest change to GraphQL-land in the coming years will be its size! The S curve of GraphQL adoption is currently in the exponential phase (seemingly exponential—technically, it’s logistic). Here’s a graph of the graphql package’s weekly npm downloads over the first 5 years:

And it doesn’t even include client packages like apollo-client, which are also growing. At the time of writing, apollo-client has over 1M weekly downloads. There’s also a lot of room left to grow—according to Google Trends, REST still has 3x the interest that GraphQL has: 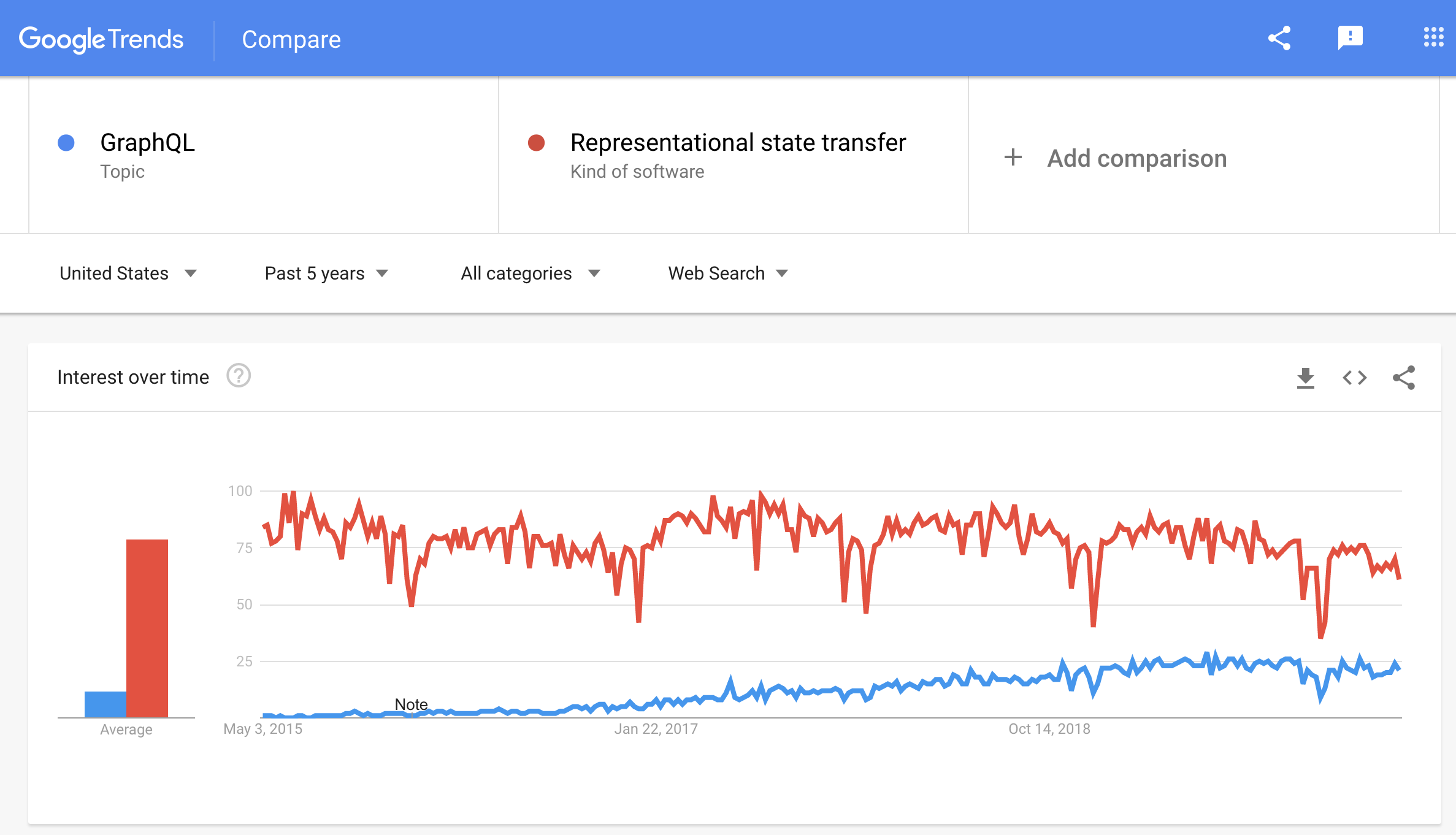 As adoption grows, more resources will be put into GraphQL libraries, tools, and services. The existing ones will improve, and new ones will be created.

There will also be changes to the language itself. In 2018, Facebook transferred the GraphQL project (which includes the spec, the graphql-js reference implementation, GraphiQL, and DataLoader) to a new Linux Foundation called the GraphQL Foundation. Anyone can discuss or propose changes to the specification in its GitHub repo, graphql/graphql-spec, or in the GraphQL Working Group, a monthly virtual meeting of maintainers.

Changes to the spec go through an RFC process, and the current proposals are listed here. A few of them are:

The addition of an Input Union type has been discussed in the GraphQL community for many years now. The value of this feature has largely been agreed upon, but the implementation has not.

This document attempts to bring together all the various solutions and perspectives that have been discussed with the goal of reaching a shared understanding of the problem space.

From that shared understanding, the GraphQL Working Group aims to reach a consensus on how to address the proposal.

There are also specifications in GraphQL-land other than the GraphQL spec, including the Relay Cursor Connections spec, the Relay server spec, and the in-development GraphQL over HTTP spec.

You can contribute to the future of GraphQL by:

Speaking of spreading the word, if you’d like to recommend the Guide to a friend or co-worker, we’d appreciate it 🙏🤗. https://graphql.guide. And we’d value any feedback you may have on the book via GitHub issues or PRs.

To learn more about GraphQL, we recommend: